Seeing the whole picture after the referendum

The UK referendum vote to leave the European Union has upended politics from one end of the continent to the other--nowhere more so, of course, than Britain, where Conservative Party Prime Minister David Cameron has announced his resignation, and a scheme to unseat left-wing Labour Party leader Jeremy Corbyn is in the making. SW is publishing views from the left on the meaning of the vote and next steps. The latest contribution comes from Charlie Hore, a member of revolutionary socialism in the 21st century.

"I love the smell of napalm in the morning--it smells like victory."
-- Apocalypse Now

THE LEFT urgently needs an honest assessment of where we are and what we have to do in the aftermath of the UK referendum on the European Union. These are some hastily written notes toward that assessment.

Equally, when the Remain campaign began to pick up in the last week, one of the key drivers was revulsion first at UK Independence Party (UKIP) leader Nigel Farage's poster of Syrian refugees and then at the murder of Labour Party member of parliament Jo Cox.

The campaign against Jeremy Corbyn makes this very plain. Corbyn is being targeted by the right specifically because he failed to respond to "legitimate concerns about migration" expressed by "traditional Labour voters." Rather than go after the Tories, the Labour right would rather bring down their own leader. 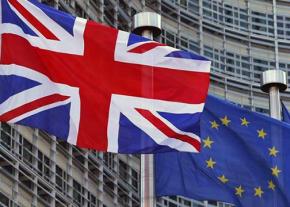 The trouble is, from their perspective, it makes sense. Cameron's finessing of the Tory leadership crisis makes an immediate election less likely. If you really believe that Corbyn cannot win back those "traditional voters"--the political shorthand for older white Labour supporters--best remove him now and get someone who will pander to the toxic atmosphere of racism that the campaign and the result have produced.

A fellow British socialist, Pete Gillard, made the important point on social media that we need to distinguish between hardcore racists and people who hold racist ideas. And we need also to understand that racism mutates and changes.

The two key forms at the moment are Islamophobia and racism against EU migrants. The latter is often expressed in economic, non-bigoted sentiments like "We're full, "There's no more room" and "We should look after our own first," which seem miles removed from open bigotry--although the reported increase in physical attacks on both Eastern European and Asian people since the result show that the two are not unconnected.

Of course, we need to understand that much of the Leave vote came out of a revulsion against poverty and austerity, but that is far from the full picture. The racism that drove the campaign isn't a thin veneer that can simply be peeled away.

WE SHOULD be very wary about celebrating the result as simply a working-class revolt against the elite, particularly given the results of the Ashcroft poll. Lord Ashcroft is a member of the British House of Lords--his organization surveyed more than 12,000 people to find out why they voted Leave or Remain, It's so far the best dataset for understanding the results.

The poll shows that the vote split working-class opinion down the middle. And we should be equally wary of the way that the occupational categories ABCDE are being used to bolster this argument.

AB includes 25 percent of the population, including key groups of workers who have been in struggle recently--teachers, nurses, doctors and other health professions--and, in fact, most trade union members. A majority of people in full-time or part-time employment voted for Remain. C2-- skilled manual workers--split 50/50. And the DE figure is skewed by the very large turnout among pensioners.

This tells us both that racism and the experience of racism was a real factor, but also that this is still highly contested. We have to be concerned, but we're not facing a tidal wave against which we are powerless.

The vote divided the working class, and while the left, of course, have to reach out to those who voted to leave and not write them off, in a lot of the struggles to come, a great many Remain voters are going to be our allies.

Two further aspects to this. The first is the youth vote--75 percent to remain, though on a low turnout--and the widespread anger reported about "old people deciding our future." We should not turn our backs on that.

The last point is Scotland and Northern Ireland--more working-class than England and Wales, and in some places just as poor. But every district in Scotland voted to remain, as did nationalist/Republican areas of Northern Ireland. It's an odd "working-class revolt" that doesn't include Scotland, West Belfast, Liverpool, Manchester, Leeds, Bristol, London, most union members, most Black and minority ethnic voters, and three-quarters of young voters.

The sad reality is that the immediate priorities for the left are defensive--standing up for refugees, migrants and migration, and stopping the coup against Jeremy Corbyn. None of this is to downplay the very real long-term crisis of the Tories and of British capitalism. But immediately, our side is in a poor position to take advantage of that.

It's by no means impossible that Corbyn will be gone before Cameron. This smells like something, but not victory.