Young people entering the world of work today live less well than preceding generations--and think more radically about the world around them. Adam Turl examines the evidence and the reasons for it.

MOST YOUNG people are entering a world of work today that would be unrecognizable to previous generations.

Over the past three decades, the U.S. working class has been twisted and stretched by corporations seeking to expand profits. American business has created a lower-wage, low-benefit, "flexible" labor market--and young workers today are bearing the brunt of the impact that falls most heavily on those at the bottom end.

This is another nail in the coffin of the "American Dream." One of the central ideas of the American Dream was that each new generation--even if its individual members were unable to climb far up the economic ladder--would at least live modestly better lives than the one that came before.

Not anymore. By virtually every measure--wages, conditions, debt, unemployment and more--young working people today are less well off than previous generations.

But that is only part of the story. As a result of these lowered living standards, there is also a pool of bitterness and a desire for something different within Generation Debt--ingredients that hold out the hope of building an opposition that demands a better world for them and future generations. 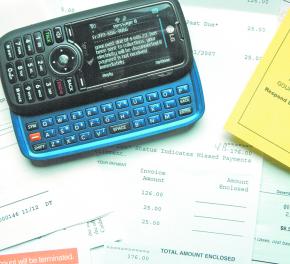 ACCORDING TO a study by the progressive think tank Demos, on every indicator, young workers face nothing short of an historic catastrophe in wages, living conditions, health care coverage, levels of debt, pensions, unemployment, imprisonment, workplace stability and union rights.

Women's average annual income increased slightly, but still stood at $30,300 in 2005--and for women workers with some college education (who attended college, but didn't graduate) or only a high school diploma, annual median income actually declined. Among African Americans, the median annual income for Black workers, men and women, between the ages of 25 and 34 stood at a mere $23,836.

But the crisis for young workers goes way beyond income.

The precipitous decline in young workers' income has led to a pooling of youth poverty. In 2006, the poverty rate--as measured by the government's official poverty line, which undercounts the real ranks of the poor--was 12.3 percent overall, or about one in every eight Americans. But for 18- to 24-year-olds, the poverty rate stood at 17.8 percent, or one in every six.

What else to read

The Demos report on "The Economic State of Young America," by Tamara Draut, contains a wealth of information about conditions for young people today. The full report is available for download.

For more on political views among the young, see the Center for American Progress report, "The Progressive Generation: How Young Adults Think About the Economy," by David Madland and Amanda Logan.

Kim Moody's book U.S. Labor in Trouble and Transition which charts developments for U.S. workers and the labor movement over recent decades.

For an excellent history of the U.S. working-class movement, including an analysis of current-day conditions and prospects, see Sharon Smith's Subterranean Fire: A History of Working-Class Radicalism in the United States.

Young workers, taken as a group, enter the workforce at the lowest levels and are therefore among the first to be let go in "hard times" and corporate restructuring schemes--leading to much higher unemployment.

Then there's employment benefits--like health care and employer-provided pensions--which are quickly becoming the stuff of past legend for entry-level workers.

Among 47 million Americans without health insurance (at last count in 2006), two out of five are young workers between the ages of 18 and 29. One-third of all Black workers aged 18 to 29 and one-half of Latino workers in this age bracket don't have health insurance.

The percentage of high school graduates entering the workforce who will get an employer-provided pension plans has dropped in half in the past quarter century, from 36 percent in 1979 to 18.8 percent in 2004. For college graduates entering the labor force, employer-provided pension plans have fallen from 54.6 percent to 49.3 percent.

The concessions of the past are accumulating into a disaster for younger workers, creating a social crisis on other fronts.

One is housing. Inflation in housing costs has created yet another drain on young workers' incomes--and because incomes are lower, an increasing portion of wages would go toward rent anyway. In 1970, 18 percent of 25- to 34-year-olds spent more than 30 percent of their income on rent. By 2005, this had risen to 43 percent.

And when the economic vice grip on young workers proves too much, there's always prison. Of the over 2 million people in U.S. prisons and jails today, 1.1 million are between the age of 18 and 34. About 31 percent of young prisoners are white, 42 percent are Black, and 24 percent are Latino.

Young workers who try to make up for their declining prospects have only a couple options: debt (primarily credit cards and college loans) and education (to become more skilled for the labor market).

Two-thirds of students now borrow money to pay for tuition--whether they attend private universities, four-year state schools or community and city colleges--compared to less than half of students in 1993. Students today graduate with an average debt of $19,200--which means their initial entry into the labor market is a kind of latter-day indentured servitude. One in four graduates have student debts in excess of $25,000.

Nevertheless, a large majority of high school graduates enroll in college--up from 50.7 percent in 1975 to 68.6 percent in 2005. As a result of swelling enrollment and rising tuition costs--not to mention financial speculation--there has been a boom in the private student loan industry, which grew by more than seven-fold between 1994-1995 and 2004-2005.

Tuition and the prospect of being burdened with a mountain of debt is steadily restricting access to higher education.

Despite all the talk about the increased need for college in order to "compete" in the "new global economy," the number of people aged 25 to 29 who received a bachelor's degree or higher has increased only slightly (to 28 percent), even though the number of college freshmen has grown substantially. In other words, a large number of people simply cannot afford to finish school--certainly not in four years.

When it comes to making up for declining incomes, young workers--like older ones--have turned to credit cards.

With increasing use of credit cards and loans comes increasing sums of money that go to interest and fees--in other words, into the coffers of the banks. In 2004, 25- to 34-year-olds spent an average of 25 cents of every dollar to make payments on debt. For those aged 18 to 24, the fraction of income going to debt payments rose from 13 percent in 1989 to 22 percent in 2004. Almost one-fifth of those in this age bracket reported spending more than 40 percent of their income on debt in 2004.

In 2005, according to the Demos study, the average indebted person under the age of 34 had more than $8,000 in credit card debt, and the most common causes for these debt were sudden unemployment, home repairs and car repairs. More than one-third of indebted young people reported using credit cards for mortgage payments, rent, food, utilities or similar expenses.

So young workers were already facing hard times. Now, with the housing and food crisis underway and the economy likely already in recession, they face worse times to come.

The New York Times reported last month that teenagers faced the worse summer job market since the federal government began keeping records in 1948. Just over a third of 16- to 19-year-olds is expected to find employment this summer.

And, of course, this isn't a matter of "pocket money" for middle-class kids to party and hang out at the mall. More and more teenagers have gone into the labor market to help supplement overall household income. In other words, teenagers are working to help pay rent and mortgages, and buy food and fuel--and they can't find work.

TODAY'S GENERATION of young workers was raised entirely after the decline of the "American Dream" that began in late 1970s and '80s. It is projected to number nearly 100 million in all. It is multiracial--40 percent of those aged 18 to 29 are Black, Latino and Asian.

It is also the most politically progressive generation in decades--in particular, around economic justice issues.

A study by the Center for American Progress (CAP) outlines point by point how a majority of 18- to 29-year-olds--known in the report as "Millennials"--reject the idea that "big government" is always the problem and the "free market" can solve social and economic ills.

According to the CAP study, 57 percent of Millennials believe health care should be provided by the government. Almost 90 percent think the government should spend more on health care, even if higher taxes are needed to provide the funds. This is the highest affirmative response to the question in the 20 years it has been asked.

Millennials are the second most pro-union age group (of any age group) in 40 years. More than 90 percent want higher education funding, even if this requires a tax increase. Over 60 percent think the government should provide more social services in general.

And as the Demos study shows, they are more likely to vote and attend political meetings than any generation of young people in decades. An October 2006 Harvard Institute of Politics survey of 18- to 24-year-olds showed that 60 percent of people thought political engagement is effective in solving problems facing the country.

No one can predict the exact trajectory of political consciousness among these young workers. But it is obvious that the political ground is shifting dramatically in U.S. society. A new generation of workers--inheriting the bitter legacy of neoliberalism and social conservatism--wants the things that were taken away from past generations.

It is a generation with increasingly little left to lose--and a world to win.