The new administration's obsession with restarting the Dakota Access Pipeline shows the tough challenges ahead for the environmental movement, writes Michael Ware.

DONALD TRUMP'S executive orders for a ban on Muslims entering the U.S. and for building a border wall provoked the most visible and immediate responses of the early days of his presidency.

But his moves to restart construction of the Keystone XL and Dakota Access pipelines and the new administration's censorship of government workers and federally funded scientists regarding climate change were a shot across the bow of the environmental movement.

Upon taking office, Twittler and his henchmen directed federal agencies to cease public communication that wasn't vetted by the new administration, effectively putting a gag order on any talk about climate change or scientific research that contradicts the administration's taste for "alternative facts."

The Badlands National Park Twitter account defied the ban, issuing unspeakable truths like "The Pre-Industrial concentration of carbon dioxide in the atmosphere was 280 parts per million (ppm). As of December 2016, 404.93ppm." The account has since been reigned in and the tweets deleted. 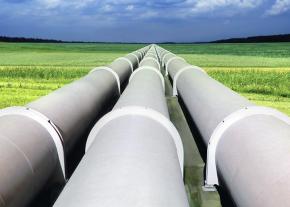 This week, the new administration scored a victory when the U.S. Army Corps of Engineers, bowing to an order from Trump, reversed its denial of an easement needed to complete a section of the Dakota Access Pipeline running under the Missouri River. The Army Corps not only abandoned plans to wait for an environment impact study, but rushed through approval so drilling could start in 24 hours--making it harder for the Standing Rock Sioux Tribe to take action in court.

ALL THAT is a taste of things to come in a Trump administration where many appointees are deeply committed to climate change denial, the oil and gas industry or aggressive U.S. militarism--and usually all three at the same time.

Add this to Trump's economic nationalism, and you have a virtual guarantee that the U.S. government will lead a charge to abandon the limited progress made in combatting global warming, drop enforcement of environmental regulations and the already weak Paris Climate Agreement, and ramp up production of domestic oil, fracked gas, shale oil, coal and even Canadian tar sands.

Trump's newly approved Secretary of State Rex Tillerson is the former CEO of ExxonMobil. Tillerson has a cozy relationship with Russia, economically, one of the world's major energy exporters. Tillerson will be in a position to green light projects such as the extension of the previously halted Keystone XL pipeline--and to reinforce a foreign policy historically focused on dominating the Middle East and the flow of oil around the globe.

Millions of acres of federal lands, national parks and seashores will be supervised by Interior Secretary Ryan Zinke, who thinks that man-made climate change is unproven science, and in any case, that energy independence comes first.

The incoming head of the Environmental Protection Agency (EPA), Scott Pruitt, spent his time as the Oklahoma Attorney General trying to sue the EPA out of existence. Though he largely failed and won't be able to destroy the agency overnight, he will likely help the Trump administration cut enforcement budgets for vital regulations pertaining to clean water and industrial pollution.

As Energy Secretary, former Texas Gov. and all-around idiot Rick Perry will be responsible for the U.S. nuclear arsenal as well as many renewable energy initiatives. As for climate change, Perry once said, "It's all one contrived phony mess that is falling apart under its own weight."

Defense Secretary James "Mad Dog" Mattis likes shooting Afghan men, yet Bernie Sanders and every Senate Democrat except Kirsten Gillibrand voted to confirm his nomination. With Trump promising to drastically increase the budget Mad Dog oversees, we should assume the military's consumption of 100 million barrels of oil per year will grow--and will force other countries to do the same.

And then there's the rabidly neoliberal, anti-regulation Republican Congress, so don't expect any checks and balances there.

But at a time when global carbon emissions should be decreasing by 10 percent each year, Donald Trump's will throw any progress into reverse.

Trump is determined to ramp up production after Barack Obama's "all of the above" energy strategy. But beyond that, U.S. protectionism and fossil-fuel dependency will compel other nations to carry out similar measures. As Benjamin Sanderson and Reto Knutti wrote in Nature:

The exit of the U.S. from the Paris Agreement, or the failure of the U.S. to meet its targets, would likely present severe challenges for the international community to meet its emissions goals. Legally U.S. inaction does not affect other countries' obligations, but the fear that others would free-ride was one of the main hurdles in over 20 years of climate negotiations. In their initial response, China indicated that U.S. plans would not affect their mitigation efforts, but India said they could. So it is at least plausible that other countries would also reduce their efforts, and it is worth exploring the consequences.

Chinese President Xi Jinping has urged the U.S. to stay in the Paris climate pact. Lacking significant fossil fuel resources itself, China announced that it would fill the role of world leader in renewable energy development abandoned by the U.S., promising to invest $361 billion in new projects. It will need these developments if Trump's administration succeeds, with or without an alliance with Russia, in disrupting China's access to oil imports.

This is another reason--beyond the individual fanaticism of Trump and close advisers like alt-righter Steve Bannon--why the new administration is so determined to double down on fossil fuel production, deregulation, protectionism and corporate tax breaks. These are a backward, but sadly not irrational, response to the U.S. sluggish growth and America's relative decline as the unchallenged global superpower.

TRUMP ISN'T the first president to push a goal of "energy independence."

George W. Bush and Dick Cheney used the pretext of the September 11 attacks to launch a "war on terror" designed to reshape the Middle East and tighten America's grip on the region's oil resources, at the expense of Russia, China and Iran.

But the Bush Doctrine was undermined by the disastrous U.S. occupation of Iraq. By 2007, a Republican administration filled with oil and gas executives hesitantly embraced renewable energy with the Energy Independence and Security Act.

Under Barack Obama, the Democrats continued the pursuit of energy independence with their all-of-the-above policy that led to a rapid increase in U.S. oil and fracked gas production. The oil-producing nations of the OPEC cartel refused to cut production, hoping to undermine the new glut in the U.S.

Oil prices plunged for several years, throwing countries that export oil and other raw materials into recession or worse. While many U.S. fracking operations went under, the industry has largely stabilized, due to advances in the mix of chemicals, sand and water used to extract gas and contaminate your groundwater. Meanwhile, Trump's threatened protectionist trade measures could make oil prices and supplies even more unpredictable.

This backdrop explains the urgency around completing DAPL and Keystone XL. The administration wants to increase domestic production to lessen the impact of recent production cuts by OPEC, which partially supply U.S. imports of 10 million barrels per day. That could raise prices and profits for U.S. oil producers if they are able to sustain production--and retool refineries, many of which are used to processing heavier grades of oil from Venezuela.

The OPEC production cut could fall apart if the U.S. increases production and even exports what it can't refine. Though unlikely, another scenario would be for OPEC to react to U.S. protectionism and escalating threats with a replay of its 1970s embargo, which tipped the global economy into a major recession.

Republicans will try to dismantle Obama-era energy initiatives--for example, answering the auto industry's prayers by repealing new EPA regulations mandating a fleet average fuel efficiency of 54.5 miles per gallon by 2025. Actually, everyone acknowledges that the Obama standards is 40 miles per gallon under real driving conditions--the difference is a perfect metaphor for Obama's meager legacy on climate issues.

The environmental movement will be tempted to wax nostalgic for the Obama years, but we can't afford to ignore the reality of what took place over the past eight years. Behind his seductive rhetoric was a cynical president who countered every restriction on polluters or nod to renewable energy with a quiet embrace of fracking, "clean coal," Arctic drilling and imperialism.

IN THE aftermath of the Occupy movement and the Arab Spring, the global environmental movement grew more confrontational and shifted the debate around climate change.

Though not strong enough to force a more substantial shift away from fossil fuels, protest and organizing clearly proved to be more effective than decades of lobbying. That was the lesson of the direct action movement that stopped an Obama administration intent on green-lighting the Keystone XL. Plus, there was the Standing Rock struggle, which won unity among Native American tribes and solidarity from masses of Non-Native supporters.

That struggle will have to be revived following the capitulation of the Army Corps of Engineers on granting a permit to complete DAPL. The process will be complicated by a debate in Standing Rock itself over whether the camps should continue or the focus should move to the courts.

There's more for the climate justice movement to look forward to in the coming months.

One date to save is the March for Science, set for Washington, D.C., on Earth Day, April 22. Like many outbreaks of protest against Trump, this event began with a social media post among a group of scientists. "We hope to humanize scientists as approachable members of our communities, and to draw attention to dangerous trends in the politicization of science," noted march organizer Jonathan Berman, a University of Texas Health Science Center postdoctoral fellow.

Beyond these, the boundaries around environmental struggles are blurring and breaking down under the pressure of Trump and Bannon's shock and awe opening days. The struggles to stop pipeline construction and any fossil fuel infrastructure locking in high carbon emissions share a common enemy with people fighting to save abortion rights, end the ban on Muslim or stop the border wall with Mexico.

With a new generation finding its political voice in the struggles against Trumpism, the questions that need to be answered will broaden out as well: Is Trump an aberration, an outgrowth of a capitalist system in decline, or both? Where does our power to resist lie? How do we organize ourselves beyond big marches and events?

The Trump nightmare and the wave of struggle it has produced present both a horrific scenario of accelerated environmental destruction and an opportunity for multiple movements to grow and support each other. The old slogan "An injury to one is an injury to all" has never made more sense.